It all started with my uncle’s record.
My uncle, Thomas Fox, was a part time guitar player and singer for most of his life.  His one shot at country music stardom came around 1964 when he cut a single for the independent label K-Ark in Nashville. According to the story my dad tells, Uncle Thomas’ agent persuaded him that “Tom Fox” wasn’t a good name for a country singer, and for one of those crazy-hillbilly-seemed-like-a-good-idea-at-the-time-but-what-the-heck-were-they-thinkin’ reasons he adopted the stage name of “Toby Rose.” He was apparently trying to impress Wesley Rose, the head of Acuff-Rose publishing and son of legendary songwriter Fred Rose, as if stealing the family name was a good way to do so. (But I’ve already been through that with the hyphenated adjective.)
The record I learned to bop to, daddy-o!
In any case, the record failed to go anywhere in the country music market of the time, despite being a fun novelty record in the vein of George Jones’ country rockers of the early sixties like “White Lightning.” It was cheaply produced record for sure, but it was a great showcase for my uncle’s voice and hot guitar pickin’. Side A was his version (complete with maniacal canned laughter) of “The Burglar and the Old Maid” a joke song that already had miles of whiskers when it was recorded by “Mr. John Terrell” in 1901, but had achieved a bit of a revival thanks to a version by The Big Bopper a few years before.  Side B was a hot, twangy version of Hank Williams’ “Howlin at the Moon.”
While Toby Rose may not have gotten many spins on the turntables of radio stations, one place he did get a LOT of play was in our house. Uncle Thomas naturally gave copies of the record to all his relatives, and since I only about a year old when the record was pressed, I grew up hearing it regularly. And of course, once I was old enough and big enough to operate my dad’s hulking turntable myself it got even more play. Because, after all, what’s cooler than having a record by your very own uncle?
Of course this wasn’t the only place I was exposed to country music. Neither my mom or dad were big music fans, but they did like their share of country music.  My dad, back in the early fifties when he had been living in Nashville and before he had married my mom, had played at being a country singer for a short while, and had even appeared on a few local radio shows. And he had known a few country music folks, most notably Randy Hughes, a singer, guitar player and talent agent. My Dad and Hughes had become friends through the Masonic Lodge they were both members of, and when Hughes died in March of 1963 - in the same plane crash that killed Patsy Cline, Cowboy Copas, and Hawkshaw Hawkins - dad decided to name me after his lost friend.
In regards to music, early on I fixated on country tales of bloody death. My mom says my favorite lullaby was always “The Streets of Laredo,” the country western updating of an ancient British ballad of gambling, whoring and death. And when the song “The Green, Green Grass of Home,” the story of a condemned man’s imaginary last trip home in the minutes before his execution, hit in 1966 for Porter Wagoner, I quickly became obsessed with it. The guy dies at the end – how awesome!
But I was not to be a country music fan – yet.
As the seventies rumbled on the occasional country music hit would catch my fancy, but for the most part I was not a big music fan and that went for just about any genre. Oh sure, there were individual songs that I liked or bands that I dug, but my big obsession with music wouldn’t start until my last couple of years of high school, and then kick into high gear my first year of college.  When the bug finally did bite me, I started devouring all the histories of rock music I could put my hands on. Rolling Stone magazine supplied much of my introduction to the history of American pop music through The Rolling Stone Illustrated History of Rock & Roll, The Rolling Stone Record Guide, and The Rolling Stone Encyclopedia of Rock & Roll. Three books that I read over and over again.
But there was a problem – I was being a handed a load of horse manure. Which we will dig into in detail in Part 2.
Posted by Randy Fox at 2:33 PM

This was such a great blog. More Here: womens necklace 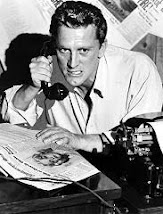 Randy Fox
Nashville, Tennessee
Randy Fox was born in 1963 and grew up in Dunmor, Kentucky. He now lives in Nashville with his wife, Stephanie, two cats, and far more books, movies, records, comic books and assorted weird stuff than his mother approves of. His non-fiction has appeared in Vintage Rock, Twisted South, The Journal of Country Music, The Nashville Scene, Goldmine. The Jack Kirby Collector, Scary Monsters and many other publications. His short stories have appeared in the anthologies Imagination Fully Dilated, It Came From the Drive-In, More Phobias, and Love In Vein II. He is the co-author of The Pain Doctors of Suture-Self General and Pain and Other Petty Plots to Keep You Stitches. From 1997 to 2010 he hosted The Hipbilly Jamboree, on WRVU in Nashville and is currently a freelance reporter for Nashville Public Radio.